…imagine how the ancient is in our bones still, and informs current events.

Why Are Ravens Black? [Or Are They?]

Northwest Raven folklore comes from tribes that lived in what is now Oregon, Washington, and British Columbia, extending to Siberia, Manitoba, and northern California. In fact, Raven shows up all over the world. Sometimes the Raven is the one who tricks, and sometimes Raven is the tricked fool. Here is one version of the tale.

There is an uncle/grandfather who is the keeper of the sun, moon, and stars. The white Raven gains entry into his lodge by becoming a speck of dirt; he impregnates the daughter when she drinks him in water, and then Raven is born as an incessantly crying infant. This is Raven’s original trick. 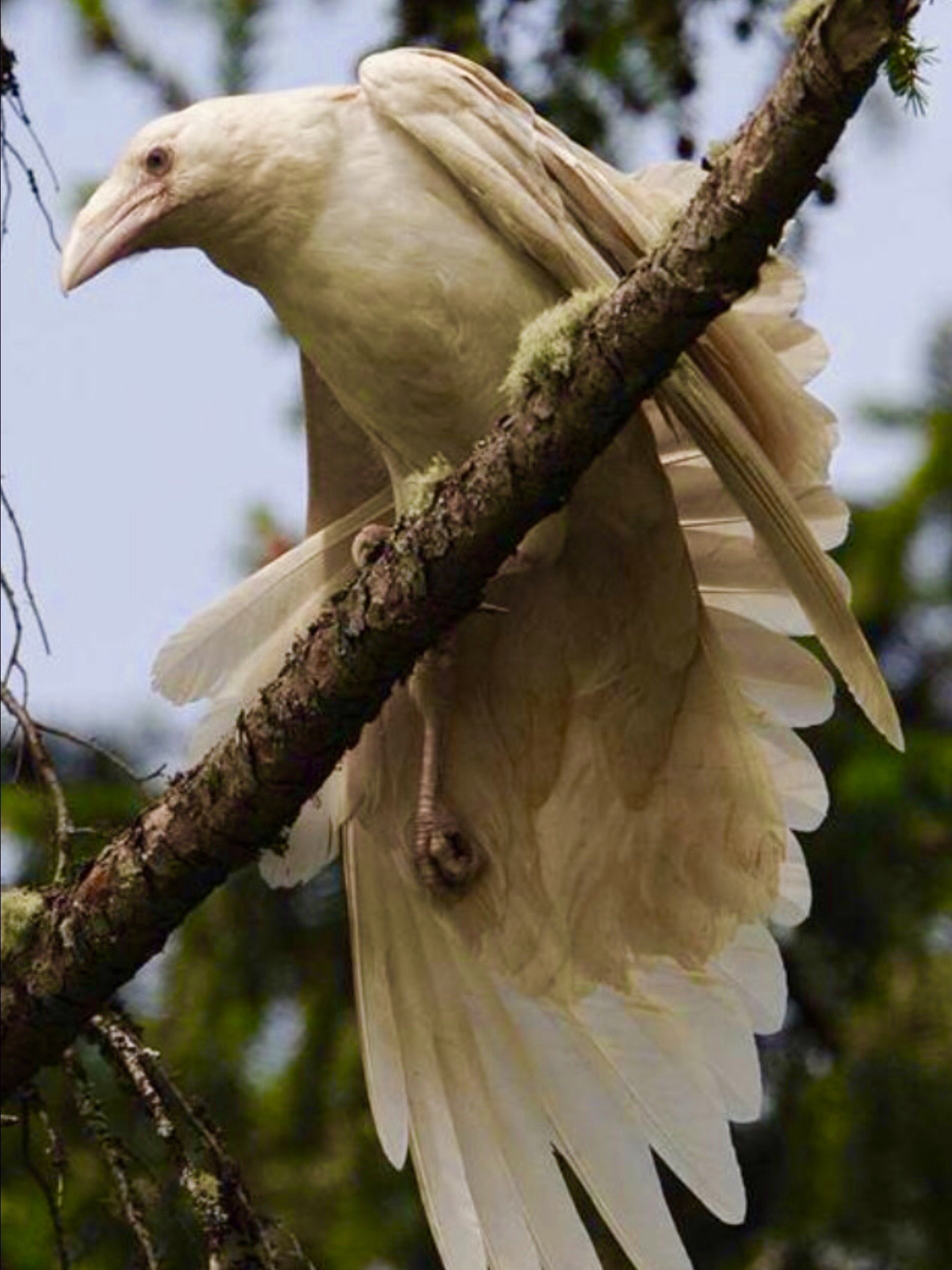 Image courtesy of Eagle Spirit Gallery in Vancouver, BC. http://www.eaglespiritgallery.com The photo was taken at Haida Gwaii, also known as the Queen Charlotte Islands, an archipelago off British Columbia’s west coast.

The infant is appeased only with escalating treasures. First, he cries and is given the sack that holds the stars, which he releases through the lodge’s smoke hole and into the skies. Then he uses the same routine to trick grandfather into giving him the sack with the moon, which he also releases and gives to the world. Grandfather sighs with regret but is all-loving of his grandchild. Raven baby resumes his insistent crying, this time more demanding and annoying than ever. Finally, and with great reluctance, grandfather appeases the crying baby with the sack that holds the sun. At this point, Raven shifts from infant back to his white Raven shape. The family erupts—We’ve been tricked! Raven takes the sun into his beak, and escapes through the smoke hole himself. The world gains the sun. And it is the smoke hole that turns the white Raven black.

Of course, the idea of a White Raven is mythological and couldn’t possibly be real . . .