Part 3: Let It All Hang Out 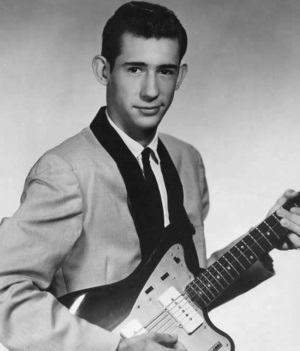 We could be building a society where all people are free to seek balance in their lives, an omnarchy that celebrates and incorporates a holistic vision of humanity that quite simply includes everyone. And the basic, obvious, it’s-about-time-ness of equal pay and equal opportunity are foregone conclusions.

Instead we make the wrong arguments for gender equality based on numbers and equal status for all in a system that was instituted and sustained by a patriarchy. The point of feminism is not to have gender equity in the highest ranks of corporate capitalism or on the Joint Chiefs of Staff. The point is to recognize the patriarchal nature of capitalism and militarism themselves and to build a feminized economy inspired by the most virtuous qualities of the human condition.

We could be looking at every product and service and assess whether it functions better—environmentally, economically, with justice for all—as a public utility or in a competitive marketplace. Consider health care, firefighting, electricity, basic food, transportation, energy, internet access, education etc. as worthy candidates for being public utilities. Consider food beyond the basics, the arts, appliances, homes, fashion, innovation, etc. as candidates for an open marketplace. And make the decision that is best for the health of the nation, the planet and best for life.

Instead we get stuck in the wrong arguments about the superiority of capitalism versus socialism, when it’s obvious that one system does not solve all economic problems. Ideologues—not the government, not the market—are the problem.

We could admit to the US’s role in creating the conditions that compel families to attempt immigration, legal and otherwise. With better education and the courage to face our own legacy, we could acknowledge the facts of US extraction of resources and wealth from other countries—theft justified by capitalist practices and backed up by the US military. The US is not the only culprit, but we need to confess to our misdeeds that have contributed to global instability, poverty and climate change…the kind of climate change that makes life challenging, particularly in the hottest latitudes. We could be having a discussion about what we owe other countries for our theft of cheap labor, oil, minerals, gems, crops, life, and other resources by unfair and exploitative methods. We could be making amends and helping to solve the problems that plague the developing world.

Instead we are mired in the wrong arguments about how to enforce border security and control immigration.

Instead, the airwaves and kitchen tables are filled with conversations based on what I believe to be the wrong arguments. How do you break through the media morass without becoming part of the media morass? We need to start having the right arguments, the debates that bring together a national consensus and demand the prompt actions that will give hope and deliver results. At least the field of Democratic presidential candidates is surfacing some fresh ideas.

We’ve been having the wrong arguments, but I am ready to get on with the right ones.

Sun Ra Is Coming To The Party! (Rumors of his presence are subject to indeterminacy. You’ll just have to come in order to find out.) Take your mind out for a spin at the Book LaunchTalkParty for “Tricking Power into Performing Acts of Love” Sunday, June 5, 2022 at The Rendezvous’ beautiful Jewelbox Theater (21...

Well are you comin’? Are You Gonna Be There (at the Love-In?) And Laura Nyro sings A little magic, a little kindness, and ain’t that sweet-eyed blindness good to me… And Shep sez A little vaudeville, a few laughs, a real conversation, some insights, some music… …Take your mind out for spin at the Book LaunchTalkParty for...